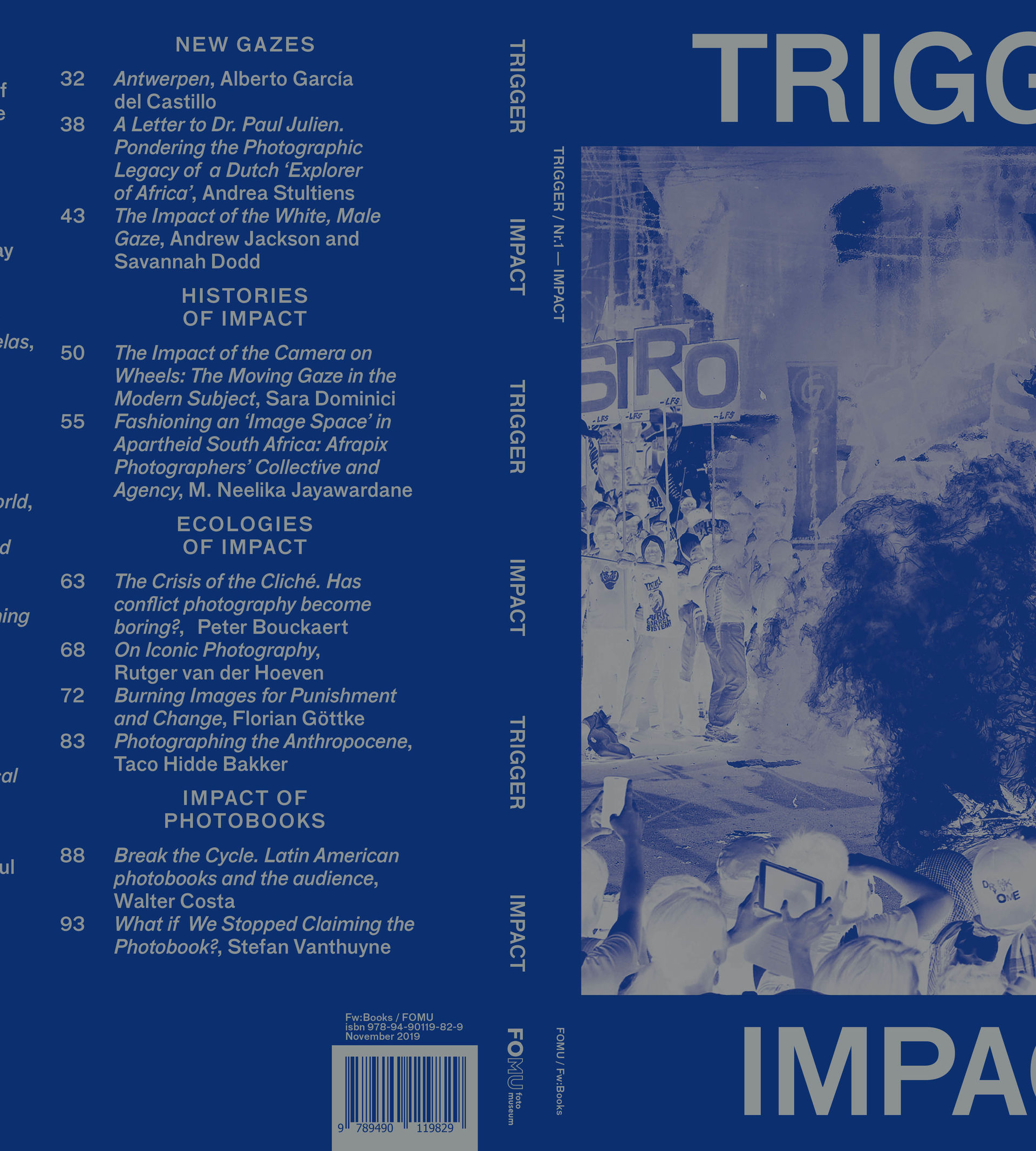 Impact. What a word. Fraught with multiple meanings and associations, a word for which everybody can create their own definition. Sure, it has some official ones: a bump, bang, or collision of one object into another or a marked effect of influence. I like these definitions, but how do they relate to photography? ‘Impact’, then, is a promiscuous word; it rejects definition. In the months that the Royal Academy of Art, The Hague, and the Photography Museum of Antwerp have been working on this collaborative issue, I decided to jot down a list of everything I saw that used the word ‘impact’, for better or worse (mostly worse). Below, you’ll find a selection of what I found.

Donald Weber and the students of the Master’s of Photography & Society course at the Royal Academy of Art, The Hague

Anyway, none of this really helped. After looking at my list, I realized that while we may comprehend the question of what impact is, its true nature can be found in the question of why it is. And this is what you’ll see in this publication, that ‘impact’ can be cast as a re-enactment or assertion of radical intimacy, that it initiates a different gaze on the world and that it can exist within an ecology or geography of photography, too. Impact is social, participative, conflictual.

What I like about photography is that it needs a witness. It demands to be looked at, interpreted. Photographs undergo perpetual transformations; they’re constantly remade every time they’re engaged with. They’re context-dependent and contingent, relational and fleeting. Perhaps this is also where the sub-atomic level of impact lies: it sits within everyone’s individual responsibility when they choose to engage, to create their own biography within the unexpected and unpredictable.

So I decided to make a different list, a better list that reflects the ideals of this publication. This one was compiled by master’s students. Each one of them has their own interpretation of impact, and each one of them is right. Or wrong. It doesn’t matter.

I think I agree with all of these. And you?

Donald Weber, prior to photography, was originally trained as an architect and worked with Rem Koolhaas’ OMA. His work is concerned with making visible the technological, spatial, legal and political systems that shape our current condition – the infrastructures of power. He serves on the faculty of the Royal Academy of Art in The Hague, and is a PhD candidate at Leiden University.