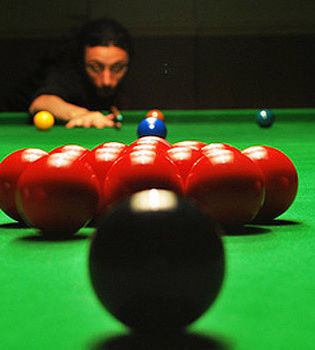 The first meaning of ‘impact’ refers to a forceful striking of two bodies against each other—a collision, simply put. It derives from the verb ‘impinge’, which in turn comes from the Latin ‘impingere’, meaning ‘to push, to bump into, to strike, to hit, to impose’. All very physical actions, all executed with a certain amount of bodily violence. This, of course, is not what photographers mean when they say they want to have an impact. They use the term in a more figurative way, as ‘having a strong effect of one thing, person, action, etc. on another’. In this subdued definition, photographs function as vehicles through which photographers hope to realise a strong effect on others. If violence there is, it’s (safely) encapsulated in the images themselves. If they hit us, it’s only our moral imaginations that they strike.

The aspiration for impact seems indestructible. Even after the demise of the printed press and acknowledging that the impact of photographic images is uncertain, unmeasurable and highly unpredictable, photographers still (cl)aim to make images that have an impact. How is it that this impossible desire is still alive and kicking? Part of it is fuelled by a general movement in the artworld that’s taking up a more activist role, with the photographer as a procurer of vivid examples of the evil that men do. Another part has to do with a lingering attachment to the role documentary photography once played in our visual understanding of the world. Here, the longing for impact takes on the form of a desire to become relevant once more—to be a witness of our times. And last but not least, some of this desire can even be attributed to mere calculation on the part of the photographer. Having an impact is a sure-fire way of getting noticed and could therefore become the starting point of a successful career.

The desire to have an impact is the desire to act upon the world. Included in this definition is the presumption that the one who wants to have an impact is in a position of power from which it is possible to influence worldly events. The wish to have an impact posits the photographer as an agent of change and the world in which he acts as his subordinate object. To strive for impact is to assert control, to state how the world ought to be, not how it is. The photographer understands having an impact as a moment of empowerment, whereas the recipient who absorbs the blow of the image often feels powerless. How to react to this injustice? How to answer the plea of the image? The image confronts us with an intolerable situation but shows us no way out. In the end, we’re left to simply utter our moral indignation. Nevertheless, there’s a (rather important) difference between moral indignation and acting morally. The former boils down to simply speaking up, to accusing, while the latter requires an imaginative leap.

The question then becomes: how can photography help us attain this imaginative leap? Traditionally, the desire of the photographer who wants to have an impact starts from a genuine belief in the power of images to sway public opinion. Photographs are here supposed to function as visual arguments by simply showing what needs to be addressed. As such, they are fully determined by the intentions of those who produce and disseminate them. They stress a human worldview and always fit neatly in the different scientific and intellectual frameworks we’ve developed to make sense of the world: they never veer off-script (which makes them ultimately quite predictable). Considered within the duality of the photographic process as a meeting between optics and chemistry, these argumentative images stress the optical side of photography. Clarity, readability, and sharpness are the most important formal qualities of these images.

But if we go back to the original meaning of the word ‘impact’—as a forceful collision of two bodies—then another way of thinking about photographic impact becomes possible. Instead of the optical (theatrical) side of photography, this other kind of photography stresses the photo-chemical element as the (material) point of contact between us and the world. Thinking about impact in this way suggests that photographic images, precisely because they are the result of a semi-automatic process in which the influence of the human operator is rather limited, can open us to a different relationship to the world. Initiated by a human action, these images are nevertheless attentive to the agency of the world itself and all the non-human elements in it. Maybe we need more of these non-human perspectives to tilt us out of our self-indulgent, anthropocentric worldview. If we want more images with impact, maybe we should stop proselytising the public with trite truths and stale arguments and instead use photography as a tool to give presence to the spirits lurking in the dark, silent world.

Dr. Steven Humblet is an art critic, docent, researcher and curator. His PhD dealt with the Changing New York project and book by Berenice Abbott. He teaches the history of photography at the Royal Academy of Arts Antwerp and is chair of the research group Thinking Tools. He’s currently involved in a research project on the relationship between photography and sculpture.